Autopsies of dead patients and biopsies of diseased organs are a great way to learn about a disease’s pathology. Unfortunately, due to the highly contagious nature of COVID-19, not a lot of them have been done on victims.

As of the end of March, Chinese pathologists had sectioned 12 bodies.(This number may be higher now). Liu Liang and his group from the Tongji Medical College at the Huazhong University of Science and Technology in Wuhan, China have done nine. They published their findings in the Journal of Forensic Medicine (202, 36(1): 19-21). The report is unfortunately in Chinese though translations can be found online. Three more minimally-invasive autopsies were performed by Bian Xiuwu and a team from Shanghai Ruijin Hospital, Shanghai, China (Chinese Journal of Pathology, March 2020).

Also, Zhe Xu and his group from Beijing published biopsy findings from a victim. (Lancet Online, Feb 2020). S. Tian and his team did lung lobectomies on two patients who were found to have SARS-CoV-2 infections retrospectively. They published their findings in the Journal of Thoracic Oncology in February 2020. Hua Su et al looked at the histopathology of the kidneys from 26 COVID-19 victims (Kidney International, April 2020).

Though there are anecdotal reports of autopsies in Italy, there is nothing published yet.

Acute Respiratory Distress Syndrome (ARDS) is the dominant pulmonary finding. ARDS is marked by fluid filling the alveoli, the appearance of a lining in the alveoli that make gas exchange tough called “hyaline membrane” and invasion of the lungs by immune cells. These findings were found in all the victims who had full-blown ARDS at the time of death. One patient from the Oklahoma series and the two who had lung surgery both had early-onset COVID-19. They showed lung damage but had not the progression to ARDS yet.

Staining of the tissue showed the presence of the virus in the alveoli.

In the New Orleans series, they found a lot of blood clots in the lung vessels. This goes with the extensive reports of clotting problems in critically-ill COVID-19 patients form all around the country. Interestingly, they did not find any clots elsewhere but in the lungs.

In the New Orleans series, they found significant right ventricular dilation in one patient and no invasion by the virus. There were areas though where the heart muscle showed degeneration.

Besides the signs of ARDS in the lungs, the team from Shanghai found extensive damage to the heart, vessels, liver, kidney and other organs in the bodies they sectioned.

In kidney studies by Hua Su’s team, 9 of the 26 patients had kidneys that showed signs of kidney injury show through viral invasion

Nana Dadzie Ghansah is an anesthesiologist who lives and works in Lexington, Kentucky 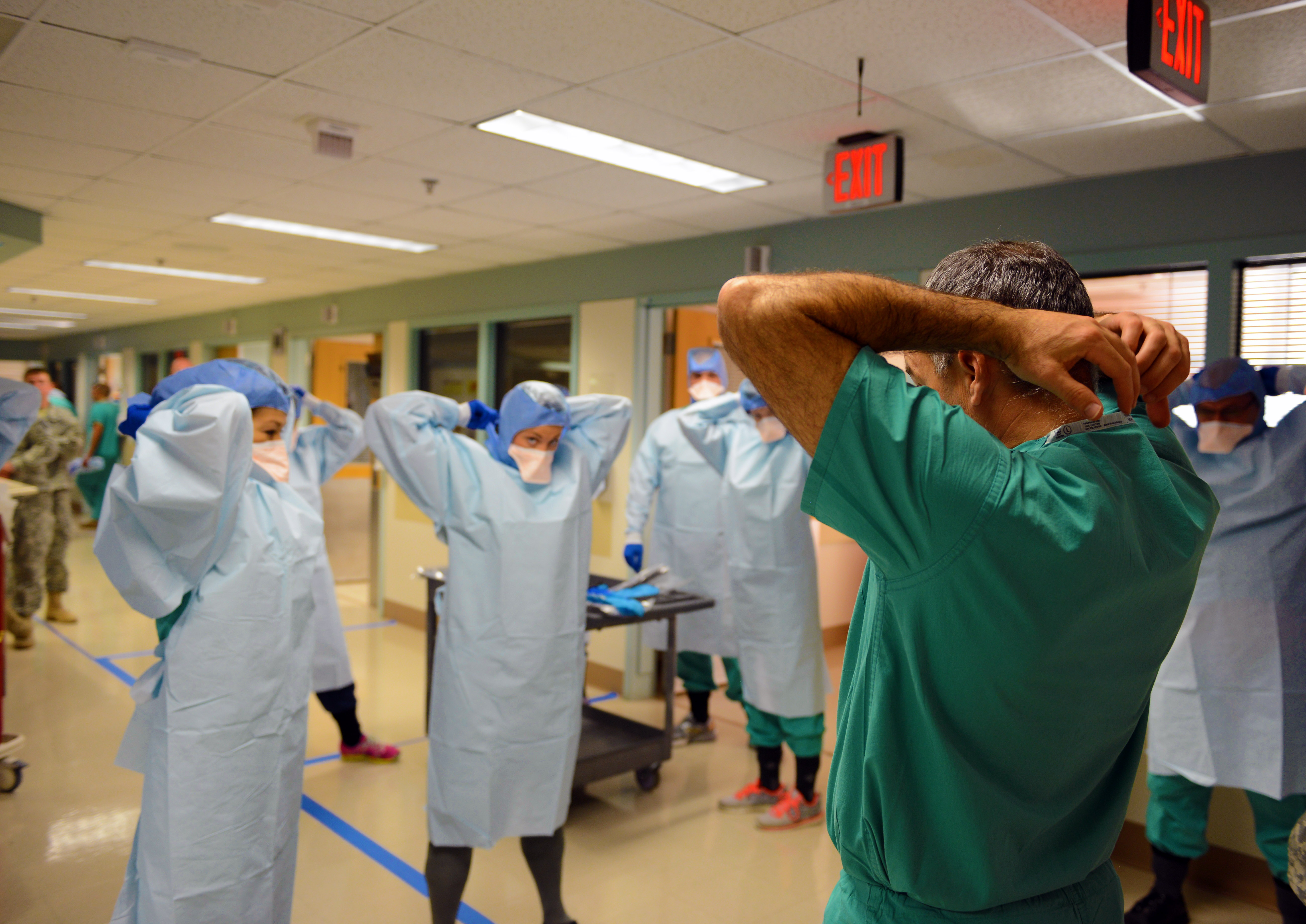