Have You Ever Been Different From Everyones Else?

Human beings come in all colors, shapes and sizes. Like all creatures there are differences between us. Our societies have not always gloried in our differences. Sometimes we have used differences as a reason for persecution and oppression. Growing up in Ghana with ginger colored hair taught me what it is like to be different. In my community everyone had dark black hair. My fiery brown hair will get even lighter the more time I spent in the sun. I would often hear calls ‘ofrijato’ (a Ghanaian slur term for albinos) when I went out. I am not an albino but that did not matter in those days. Some of the kids and adults too will sing about my looks. I got into fights or just ignored the constant harassment. My family was supportive. My grandmother will often take me aside and look at me and say; “Anang just ignore those people, they are just jealous of you”. Your hair, freckles and every part of you is wonderful” I believed her.

My supportive family was the source of my strength. Today I don’t have to live with that harassment. My hair is less brown, nowadays I see more grey. Only my very old friends still remember the little hot tempered ginger haired boy. I do sometimes miss that strong spirited little boy ready to fight anyone who harassed or bullied him. Living as a ginger haired boy in Ghana was not easy, but I survived . This may be the source of my strength. I realize that not everyone in the LGBTQ+ community in Ghana is as lucky as I was. I had family support, my hair color became darker the less time I spent in the sun. Sometimes I wonder if I would have faced similar harassment growing if I had grown up in the US. I know the easy answer to that is no. But then I will have to deal with being a minority something I worry about for my kids. Being black in America comes with its own challenges but I know the LGBTQ+ community in Ghana is struggling. Many, do not have the parental support I had growing up, and being gay is a totally different problem.

Why I consider Myself A Proud Ally of The LGBTQ Community

The LGBTQ community in Ghana has always struggled with acceptance. Today this problem has been heightened with more reports of violence and inhumane treatment. Other than direct homophobia, what is the root of this problem? I will try and answer this question by reflecting on my own experience. Why did my community harass and verbally abuse me for the way I looked? The first answer that comes to me is “because they were ignorant”. I am sure on that now. As a little boy more than 40 years ago, I was not that sure. The challenges related to LGBTQ rights in Ghana is also driven by ignorance with strong religious fundamentalist undertones. I know that because I was also just as ignorant as everyone. I tell people that the only reason I am more open to understanding this community was because in the US I had friends and co-workers who were gay. Thinking about it clearly I realized that was not all. Many, people who worked in similar organizations with me did not shed their homophobic ideas.

After much thought I realized that I had this understanding because I could relate in an empathetic manner to the struggles of being different. I had lived with that struggle right from childhood. I have known the strong urge to conform. I still remember one day just using my grandmother’s dye to color my hair black. I know how much I wanted to be like everyone else. So when my gay friends, colleagues and patients told me their stories I could understand that if it was choice most of them will be straight.

Does It Really Matter if the LGBTQ Lifestyle Was a Choice?

Even with this realization, I sometimes just think and ask would it make a difference to me if it was a choice. In my current state of mind I really don’t care if it was a choice. I have grown to see the world as a beautiful stage for us all to live out and express ourselves. Of course on this stage there are rules, codes, laws and unwritten norms. All of us, as individuals have internalized some of the norms of our society or must I say societies since all of us play roles on different stages. We also develop personal norms that we use to guide our lives. In that sense I have learned to always ask; “does it affect anyone else directly?” When I can answer no to that question, I like to leave everyone else except my children to behave as they please. That is my code, I cannot carry the worries of the whole world on my shoulders. I am only responsible for myself and to differing extents my family.

That is the attitude that I take to the “Promotion of Proper Human Sexual Rights and Ghanaian Family Values Bill 2021”. Does it harm anyone directly? Unfortunately, I cannot say no for this bill. In a prior post I enumerated the harms this bill could cause to the health of LGBTQ Ghanaians. I co-authored a memo that I have submitted to the Ghana Parliament against this bill. I would like to further expand on the part of the bill that proposes to cure or convert gays to straight.

Is There Any Data Supporting Gay Conversion Therapy

The data on Gay Conversion Therapy at this time is very slim. Most in the field of Psychiatry and Sex Therapy have declared this procedure to be harmful and without merit. In 1998 the American Psychiatry Association made a statement “The American Psychiatric Association opposes any psychiatric treatment, such as “reparative” or “conversion” therapy, that is based on the assumption that homosexuality per se is a mental disorder or is based on the a priori assumption that the patient should change his or her homosexual orientation.” The field has further updated this statement on multiple times reinforcing this message. In December 2020, more than 370 religious leaders including Archbishop Desmond Tutu called for a ban on the practice.

Lawyer Moses Foh Amoaning has told many in Ghana that his group “National Coalition for Proper Human Sexual Rights and Family Values” is going to convert gays. I believe we all have to be careful when we hear such pronouncements. The questions that I would ask Moses are:

Many in Ghana keep repeating the assertion that removal of homosexuality as a disease from the DSM was based on advocacy and not research. That is a false. Research suggests that gay, lesbians and transgender individuals distress was usually secondary to societal reaction to their status. That is one main reason why homosexuality was removed from the DSM. Magnus HIrschfield a Jewish Physician in 1896 advanced a theory that homosexuality may be based on neural development in-utero. Today many still believe in Hirschfield’s theory. At this time though, nobody has been able to conclusively identify the anatomical location of this neural center. There are some that locate this center to the hippocampus and part of the caudate nucleus in the center of the brain.

As at now, it is not really clear if there is a gay gene and in my opinion it does not matter if there is such a gene. Science has taught us that genes do interact with the environment to produce the final presentation of the organism. So even if there is a gay gene we should not be surprised if we find out that not everyone with the gene is gay. Though gay conversion therapy or what others call sexual orientation reparative therapy has been shown to be ineffective many still practice this. In Ghana Lawyer Moses Foh Amoaning’s organization has proudly declared they could convert gays. In a recent interview with one converted gay person it was clear his conversion was a spiritual conversion not a medical procedure. I will not deny the power of prayer but most effective medical treatments work with or without prayer. At this time the consensus on the question; “gay conversion therapy does this really work?” is no.

What Does The Current LGBT Bill Say About Conversion Therapy

The proposed bill in the Ghana Parliament does mention conversion therapy. The bill in my opinion is an illegal advertisement for gay conversion therapy. Within the bill there is a provision that allows accused members of the LGBTQ community to obtain ‘treatment’ to change their sexual orientation to heterosexual. This therapy will be done at a cost to the individual. Those that elect to get therapy will get a reduction in their sentence. This is the best sales pitch for a procedure that has been shown to be harmful and discredited in the medical community. If this bill passes I believe the right wing groups pushing this agenda will be coming in for the harvest. They will use their ill gotten gains to attack gay communities in other African countries. We need to all understand that with some of these groups there is no free lunch. Ghanaians, need to continue to ask themselves whether this bill will make the country better or worse. I have decided, and all of Ghana will need to decide outside the religious lens which has been our downfall from as far back as the 13th century. We are in the 21st century, we need to learn that our religious leaders do not usually have the right answers. 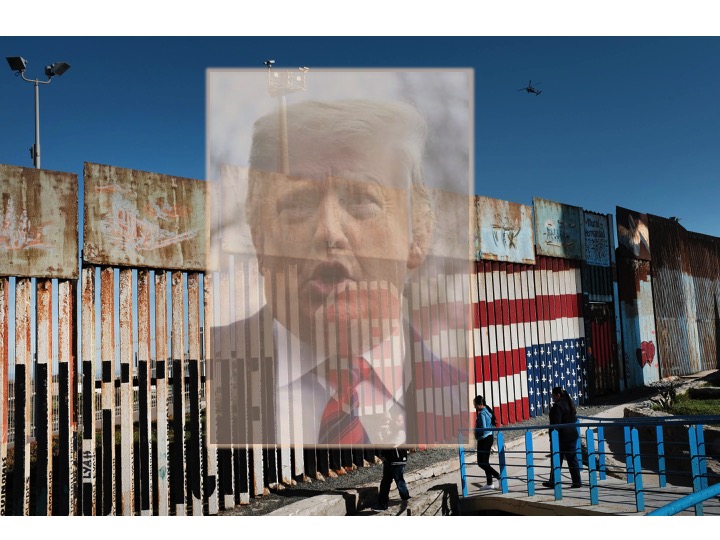 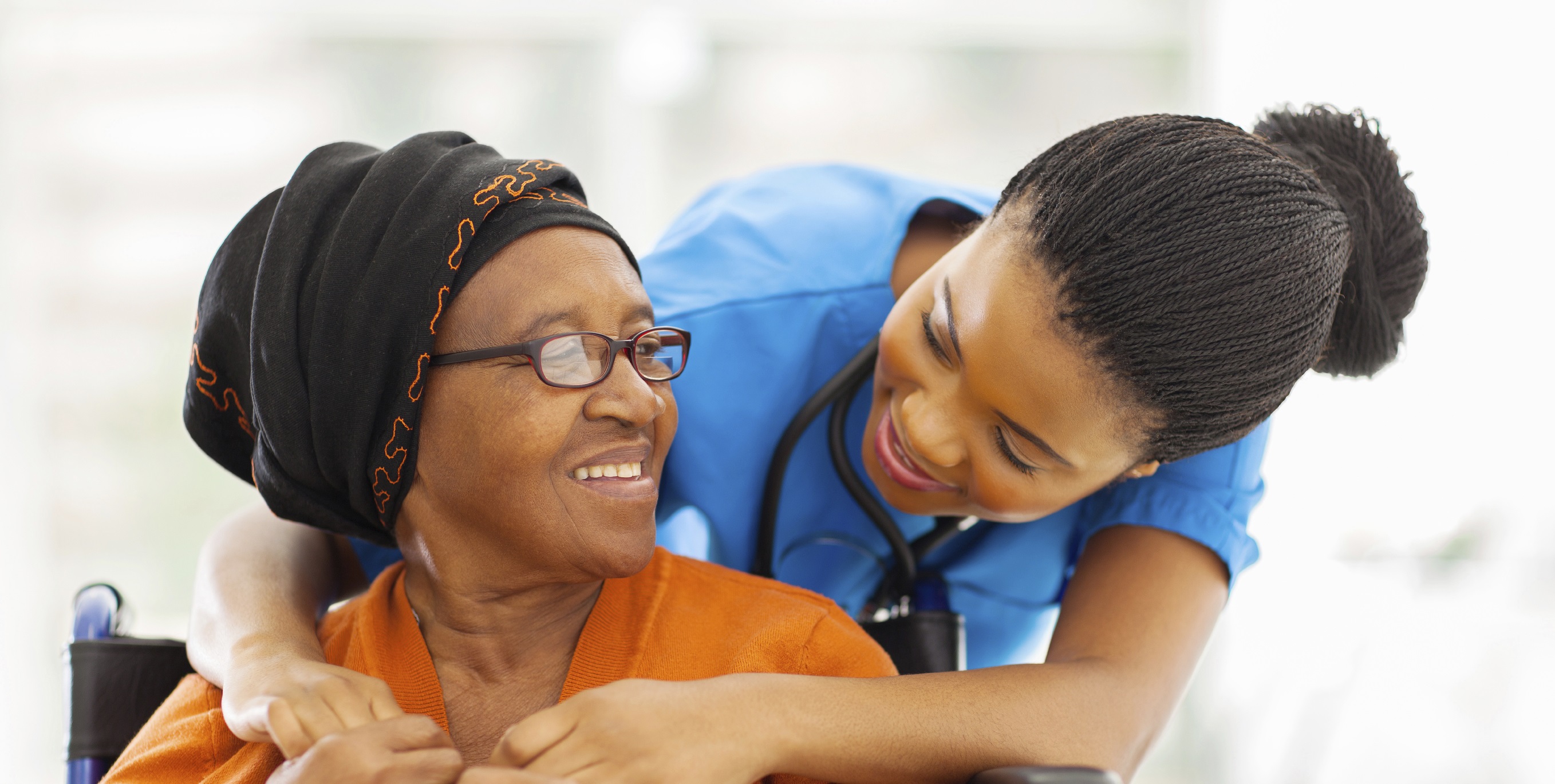